Colombians head to the polls on Sunday for a high-stakes election between two populist presidential candidates promising to fundamentally transform the country.

It is a presidential election unlike any other in Colombia’s history, one that will test the long-running but fragile democracy in the third largest nation in Latin America. It could mark the start of a dramatic shift in the country’s economic model, the role of its government and its relationship with other countries in the hemisphere — including the United States, its most important ally.

Voters have cried out for a change from the status quo. They’re demanding someone drastically different from the right-wing incumbent, Iván Duque. And for the first time, they will choose between two anti-establishment presidential candidates who ran without the backing of the traditional political class that has governed Colombia for generations.

Gustavo Petro, a senator and former guerrilla member who vows to reshape the economic system to lift up the poor, could become the country’s first leftist president, bringing an end to two centuries of center-right leadership. Rodolfo Hernández, a wealthy businessman and outsider candidate who pledges to root out corruption, could send the country down an unpredictable path.

Colombia’s historic presidential election: What you need to know

“These are clearly two candidates that are going to signal and actually execute a change with the traditional parties, and in some cases with important cornerstones of our economic system,” said Sandra Botero, a political scientist at Colombia’s University del Rosario. “I don’t think we’ve had an election that is this close, and where so much is at stake, for decades. Regardless of who wins, we seem to be standing at a critical juncture.”

The election marks yet another blow to the political establishment in Latin America, where voters have sought to punish incumbent governments for the devastation wrought by the coronavirus pandemic. If Petro wins, it would add to a wave of South American countries looking left: In Peru, a rise in poverty helped propel Marxist rural schoolteacher Pedro Castillo to the presidency last year. In Chile, the free-market model of the region, voters this year chose as president 36-year-old former student activist Gabriel Boric. And in Brazil, the largest country in Latin America, leftist former president Luiz Inácio Lula da Silva leads polls to unseat President Jair Bolsonaro in October.

Polls show the two candidates tied, setting the stage for a tight race. Campaigns on the left and the right have made accusations of electoral fraud, and a recent lapse in a legislative vote count further deepened mistrust in the country’s electoral system. Fears are mounting that the losing candidate on Sunday could contest the results and spark civil unrest one year after historic protests swept the country.

On Wednesday, police in multiple cities detained activists who stood on the front lines of last year’s protests, accusing them of threatening to disturb public order around the elections. Alejandra Barrios Cabrera, director of Colombia’s Electoral Observation Mission, said the arrests “could end up generating an opposite effect,” further emboldening protesters. “The detentions demonstrate the nervous situation the country finds itself in right now,” she said, but added that both candidates have said they will urge a peaceful response.

The vote comes after the most violent election cycle in more than a decade, in which both campaigns faced assassination threats. At least 290 municipalities in Colombia are at “high and extreme risk” of armed violence surrounding the election, Colombia’s ombudsman’s office warned last week.

But Javi López, the Spaniard who leads the European Union’s election observation mission in Colombia, said that last month’s first round of elections were carried out “peacefully and calmly.” He said the electoral system made important improvements that helped “overcome a climate of mistrust.”

Voters will choose between two competing visions of change for the country. Both candidates have sought to tap into widespread frustration in a country where more than 40 percent of people are living in poverty and nearly half are struggling to find enough to eat.

Two outsider candidates for president head to runoff in Colombia

Petro, the former mayor of Bogotá running in his third presidential race, proposes redistributive policies such as free higher education and a universal public health-care system. He says he would raise taxes on the 4,000 wealthiest Colombians while establishing a minimum wage for single mothers. He plans to end new oil exploration and move the country toward renewable energy.

Hernández, the former mayor of Bucaramanga who has never held or run for a national office, pledges to tackle government corruption, cut costs and reduce the national deficit.

Both candidates have suggested declaring states of emergency to push through their agendas without the support of Congress. And both Petro and Hernández were accused of authoritarian tendencies in their time as mayors.

In Bogotá, Petro oversaw a slew of staff departures and was criticized for refusing to listen to his advisers. In the midsize city of Bucaramanga, the foul-mouthed Hernández was known for insulting his employees and was once suspended for slapping the face of a city councilman. Hernández was also charged by Colombia’s attorney general with improperly giving out waste management contracts to benefit his son. (He denies the accusations but is scheduled to face trial next month).

Either presidency could have profound implications for the rest of the hemisphere, and could reshape the country’s role as the United States’ most stable partner in the region. Both candidates have criticized the two countries’ shared war on drugs and have supported some type of drug legalization. They’ve criticized aerial fumigation of coca, the base plant for cocaine. And they would revive diplomatic relations with Venezuela, a drastic shift from the Duque administration’s aggressive approach against the socialist government of Nicolás Maduro.

Petro has worried some U.S. officials by proposing a change in the extradition treaty between the two countries and in foreign trade agreements. Hernández, meanwhile, has revealed few details about any of his policies, including his approach to diplomacy. “It’s really a leap into the unknown in terms of the bilateral relationship,” said Kevin Whitaker, former U.S. ambassador to Colombia and now a fellow at the Atlantic Council.

The campaign has notably lacked any public debates in recent weeks between the two candidates, after Hernández refused to participate. After a court ordered the candidates to organize a debate last week, Hernández agreed to meet only under certain conditions, including control over which journalists would moderate it. The debate never took place.

Instead, the emotionally-charged campaign in recent weeks has often played out on social media, through frequent scandals and attacks on Twitter and in viral videos on Hernández’s quirky TikTok account.

In Bucaramanga, resident Monica Cordero is “100 percent with the engineer,” she said, referring to Hernández. Cordero lives right next to a park renovated during Hernández’s time as mayor, a project meant to help improve the low-income surrounding neighborhood but that has now become a hub for crime and drug deals. Cordero continues to believe in Hernández, a man she says “makes sure the money goes to the poor.”

“He always shows his face,” she said. “He’s not a politician.”

But Luis Fernando Barrios, 21, can’t stand Hernández’s “explosive” temperament, he said as he voted in the first round in a working-class neighborhood in Bogotá. He isn’t thrilled by Petro’s style either, but he thinks the leftist is the only candidate who can bring a real change to the country.

The engineering student, who participated in some of last year’s protests, said his family has felt the strain of the pandemic’s economic crisis. His father is a cattle farmer and his mother works in a clothing warehouse. “The cost of everything is going up, but the money isn’t,” he said.

Petro would be “something totally different from what we’ve had for 20 years,” he said. “We don’t have any other option.” 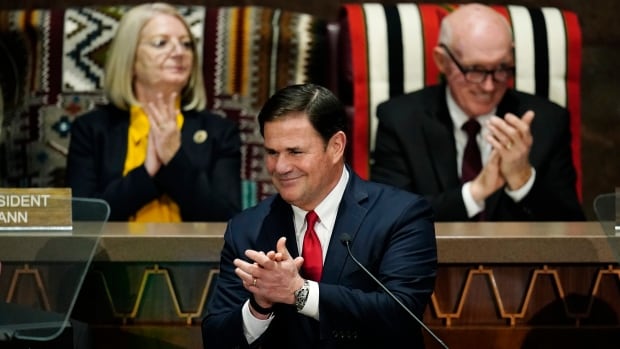 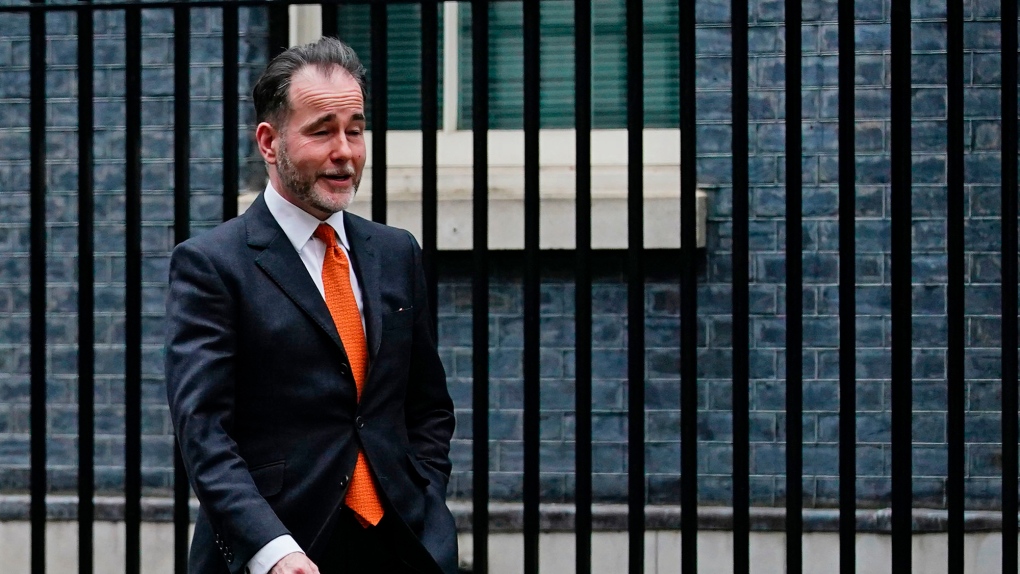 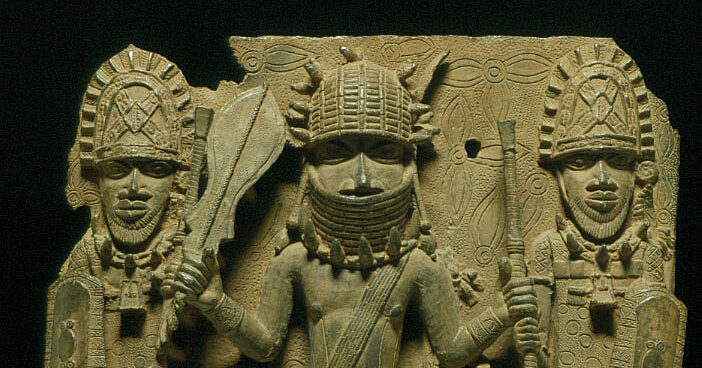 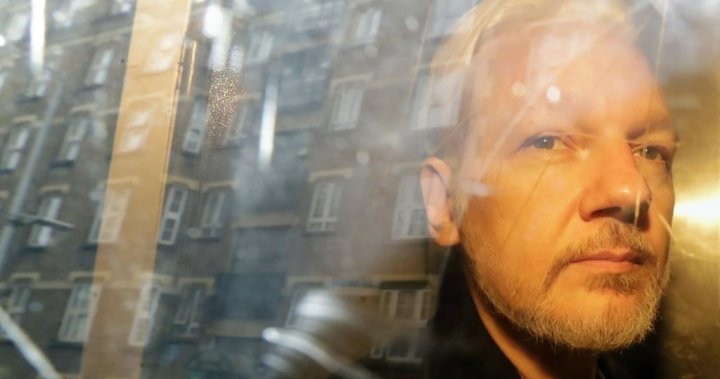