Chicago Bears quarterback Justin Fields is entering his second year in the NFL with immense optimism as he is set to begin the 2022 season as a starter.

Fields told Fox News Digital in a recent interview he is ready to get started under new head coach Matt Eberflaus and the handful of new players Chicago acquired.

He said the team is looking to revamp its culture.

“Of course, there’s a new coaching staff,” Fields said when asked what he was looking forward to his sophomore season.

Chicago Bears quarterback Justin Fields celebrates after a play during a game between the Bears and San Francisco 49ers Oct. 31, 2021, at Soldier Field in Chicago.
(Robin Alam/Icon Sportswire via Getty Images)

“We’re kinda just trying to re-culture or getting the culture in the building. I don’t think our culture was the best culture last year. So, working with the new staff everybody is just buying in.

“We got a lot of new people in. Just creating a foundation for years to come. That’s really the most exciting thing about it. It’s been awesome working with the new coaches (and) working with my new teammates.”

JOE BURROW: BENGALS ‘KNOW WHAT IT TAKES’ TO WIN AFTER SUPER BOWL APPEARANCE 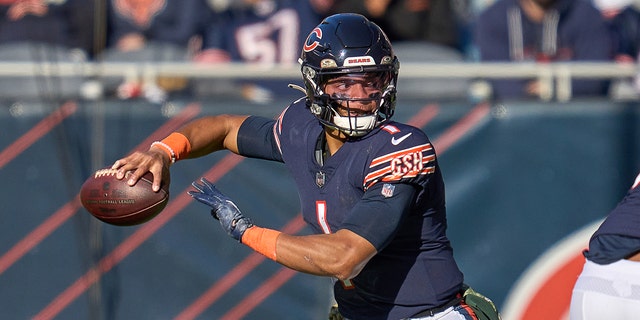 Fields, who is also entering another season in his partnership with C4 Energy, started 10 of the 12 games he appeared in last season. He threw for 1,870 yards, seven touchdowns and 10 interceptions.

He was 2-8 in his 10 starts, but the Bears’ offense wasn’t exactly spectacular. The team was 27th in points scored and 24th in yards gained. He acknowledged some of the struggles he faced.

“Of course, there were a lot of ups and downs. I think the biggest takeaway from my rookie season was how much I learned and getting used to the NFL game and getting used to how different it is from college,” he told Fox News Digital. “Taking all the lessons I learned last year and drawing from those lessons and having a great year this year.” 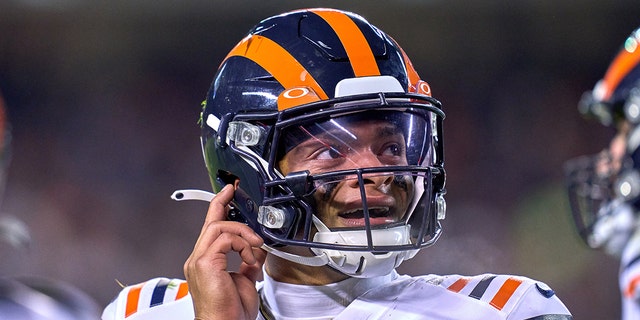 Chicago Bears quarterback Justin Fields during a game between the Chicago Bears and the Minnesota Vikings Dec. 20, 2021, at Soldier Field in Chicago.
(Robin Alam/Icon Sportswire via Getty Images)